‘Vegan and the Living is Easy’ is currently on hiatus. We have a huge number of interviews in the archives as you can see below so please feel free to enjoy those in the meantime and we’ll keep you posted on when the shows are back! 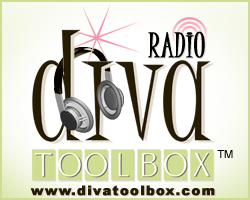 Join Ginger Burr and Marion Davis the last Monday night of each month at 8:00 pm (EST) on Blog Talk Radio

Listen and chat live via your computer at http://blogtalkradio.com/GingerBurr

Call in on your phone to our listener line at 347-857-1293 to listen only and/or ask your questions live during the show.

We welcome our fabulous radio sponsor, Ecco Bella, a pioneer in the (vegan) natural beauty field. Check out their makeup and skin care products in Ginger’s Store or on their site.

Check out our Past Shows

August 26, 2013: Ginny Messina
Ginny Messina is the author of Vegan for Her: The Women’s Guide to Being Healthy and Fit on a Plant-Based Diet.

April 30, 2012: Mimi Kirk
Mimi Kirk is the author of LIVE RAW and youngonrawfood.com.

December 26, 2011: Natasha Kyssa Natsha Kyssa is the author of The SimplyRaw Living Foods Detox Manual and founder of SimplyRaw.

June 26, 2011: Susan Daffron
Susan Daffron is a writer, publisher, and founder of the National Association of Pet Rescue Professionals.

March 14, 2011: Doris Lin
Doris Lin is an animal rights attorney who has worked for a variety of animal protection groups.

July 26, 2010: Dr. Will Tuttle
Dr. Will Tuttle is an award-winning speaker, educator, musician and the author of The World Peace Diet.

June 14, 2010: Lee Hall
Lee Hall is the VP of Legal Affairs at Friends of Animals and the author of On Their Own Terms.

Feb 8, 2010: Lisa Bouley
Lisa teaches classes on vegan nutrition and is the co-owner of The Pulse Café in Davis Square, Somerville.

Dec 14, 2009: Helen and Steve Rayshick
Helen and Steve are the co-founders and board members of the Massachusetts Animal Rights Coalition (MARC) a 501c3 nonprofit working solely to end animal suffering.

“Your presentation was fantastic -- fun, interactive, and extremely informative. We are very grateful to you for sharing your time and expertise with our clients. Thank you! ”

Learn how to stop wasting money on things you never wear.
Get Ginger's free e-book and bi-weekly newsletter with fashion secrets: